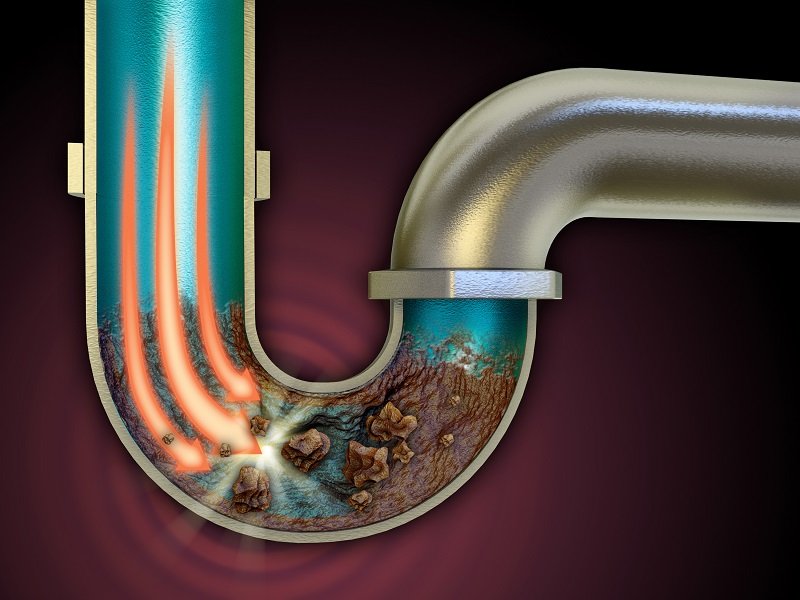 Blocked drains can cause substantial damage to your home and present a serious health hazard to you and your family.

If blocked drains aren’t dealt with early, the risk of severe damage and health issues increases. Furthermore, if the cause isn’t identified and properly removed then it will continue to be a recurring problem.

It’s important to recognise the signs of a blocked drain and act fast. The Watermark Plumbing team are experienced blocked drain plumbers and we can help you to determine whether you have blocked drains and what the cause of the blocked drain is, clear the blockage, and work with you to prevent it from happening again.

Drainage systems in the home

Beginning with the basics, your home has two different drainage systems: stormwater and sewage drainage. . Your stormwater system ensures that stormwater is properly managed and removed to avoid flooding and other problems. It consists of a gutter, and downpipe, and a series of ground pipes that transport the water away.

The sewage system is a series of underground pipes that carry waste and sewerage from your bathrooms, kitchen, and other plumbing components away to waste treatment plants.

These two drainage systems are separate; however, both can become blocked by different things. It is essential to keep both your sewage and your stormwater drains clear.

Some of the most common causes of blocked stormwater drains include:

Signs of a blocked drain

It can often be difficult to tell whether your drains are blocked, as sewage drains are hidden, and issues with stormwater drains often don’t reveal themselves in dry weather. However, it is important to know the signs so that problems can be rectified as quickly as possible.

Some of the most common signs of blocked sewage drains include:

The most common and easy to spot signs of a blocked stormwater drain include:

If you notice any of these signs in or around your home, it is essential to act quickly. Whilst there may be things that you can do, we recommend calling an experienced blocked drain plumber like Watermark Plumbing to ensure that the problem is properly fixed.

Why blocked drains are a problem

They can cause damage to your home and present a serious health hazard risk to yourself and your family.

Harmful effects of blocked drainage include:

How we can help

Our team handles all types of blocked drains, big or small. Once the drain has been cleared and the cause of the blockage identified, we can work with you to prevent it from happening again.

Constant, repeated blocked drains?  Let us solve that issue for you. We have years of experience in locating the cause of a blocked drain so that it can be successfully repaired or relocated to prevent further issues. Watermark Plumbing (blocked drain cleaner) has helped Brisbane residents with their plumbing-related problems for over 20 years. We always show up on time and leave the site hygienically clean and tidy upon completion of clearing your blocked drain.

When you need a professional blocked drain plumber, chances are you need it RIGHT NOW. Call Watermark Plumbing, your local family business for fast, efficient service.

Watermark Plumbing are the answer to all your plumbing needs CONSTRUCTION, RENOVATION OR MAINTENANCE When you need a professional plumbing job, chances are you need it now. Call Watermark Plumbing now for fast, efficient service.
Phone: 0417 620 502