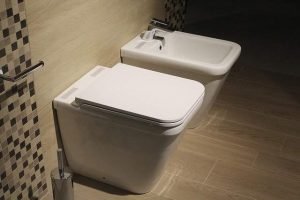 Blocked toilets are a serious problem for several reasons. First, it puts the toilet out of use. In addition, it can cause foul smells and even damage. If you notice any signs of a blocked toilet, it is important to deal with it straight away. Leaving a blocked toilet untreated can lead to health issues, and damage to your home and bathroom.

There are several potential causes of a blocked toilet. Some of the ones we see most often include:

Watermark Plumbing has been fixing blocked toilets all over Brisbane for years. We can fix your blocked toilet, whatever the cause.

We realize that when you have a blocked toilet, it’s important to get it fixed as soon as possible. We guarantee fast and effective service to solve the issue promptly. Furthermore, we will leave the area hygienically clean and tidy after unblocking the toilet.

Call Watermark Plumbing now and we will have blockages cleared and your toilet running correctly in no time.

Watermark Plumbing are the answer to all your plumbing needs CONSTRUCTION, RENOVATION OR MAINTENANCE When you need a professional plumbing job, chances are you need it now. Call Watermark Plumbing now for fast, efficient service.
Phone: 0417 620 502